A Sign of the Times: Career-Advising Infographic Enforces a Beauty Standard 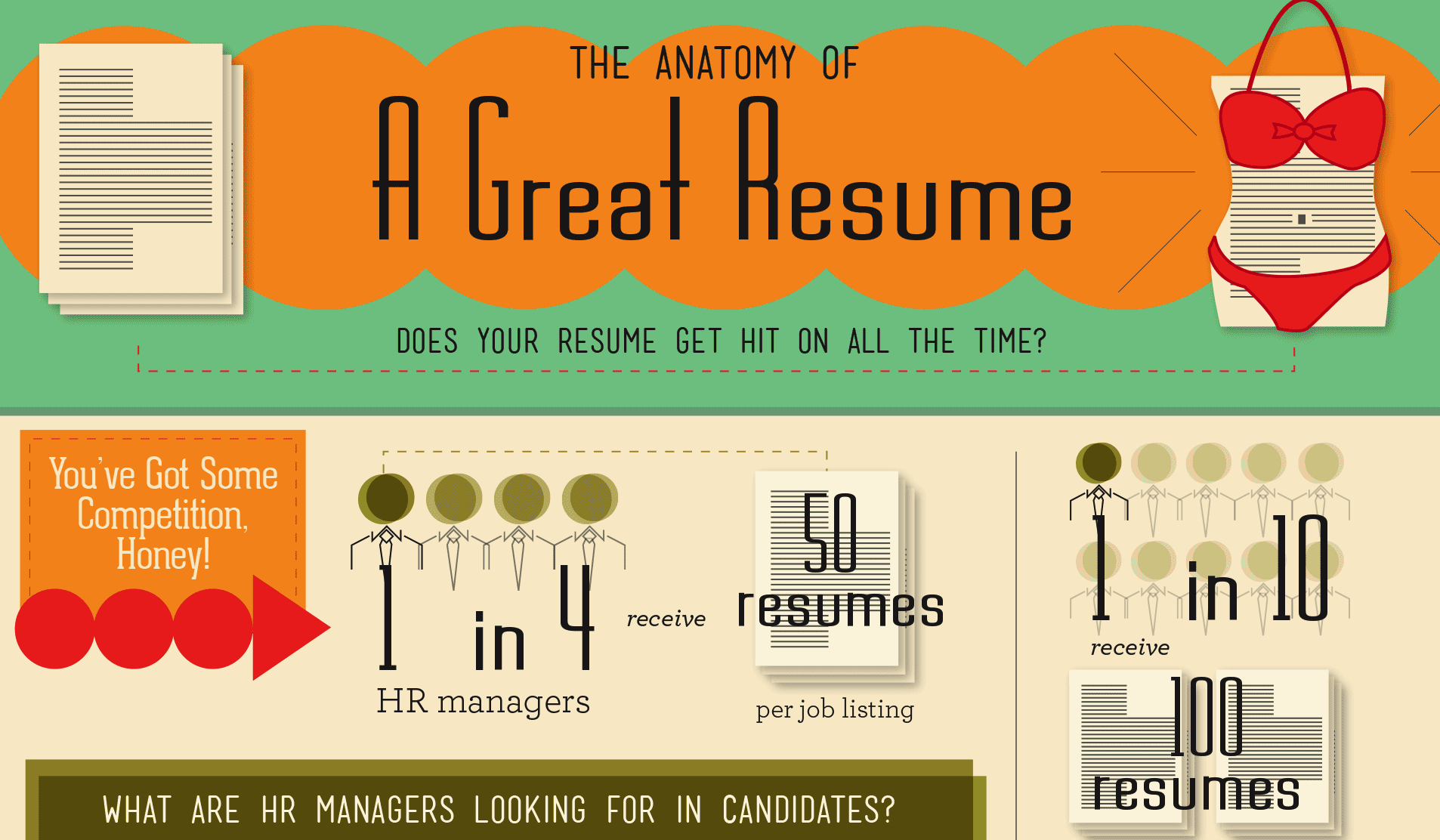 After several years as an independent contractor I’m back in the market for a 9-to-5 (give or take) job. I’ve dusted off my resume and am in the midst of giving her a good polish. Yes, Her. Like any other personified inanimate object, my resume is female. Whatever qualifiers you may want to preceed it with, I am an American, after all, and the archetypes are built in to the bone.

Recognizing the fact that the contract bids I’ve grown used to writing are rather different than the more traditional cover letter/resume combo, I’ve been seeking out advice on how to best craft the latter for the current job market. Accordingly, an article titled “Anatomy of a Winning Resume”  was an automatic click for me – especially considering it came from Mashable.com, one of the few sites I read daily. As is the trend, the advice in the article was presented in infographic format, using images to set the scene and communicate culture.

In this case, the scene is tantamount to a Sterling Cooper Pryce casting call; and the culture is such that you, Ms Bikini-clad Resume, better appeal to this all-male panel of HR managers else be ignored. The sex politics implied here are already troublesome, but what struck me most is how the infographic portrays an unattractive resume. Note that the proportions and uniform are identical, but the undesirable object has the nerve have underarm hair. Better break out that razor, “Honey!”

Spelling errors on a resume = Underarm hair on a woman.

As of 20:16 PST, the only comments on the article are discussions about whether or not the graphic is offensive. In attempt to thwart observations of the obvious, a defender of the piece points out that the author of the article is a woman… as if that means the infographic (which she didn’t create, BTW) couldn’t possibly be sexist. I’ll be glad for this sort of simple-mindedness to go out of style. 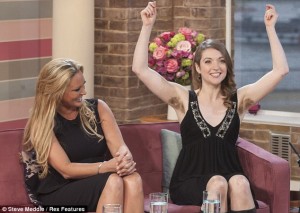 In fact, my experience is that members within a so-called “oppressed” group are often among the fiercest enforcers of an -ism. This is definitely true in the case of underarm hair on women. At this very moment, I’m the proud owner of two fully grown ‘pit bushes. They’ve been that way for at least half a year and, consistently, those that are the most horrified by my display of female maturity are other women. “As far as I’m concerned, the only hair that belongs on a woman is on her head,” writes Amanda Platell of the Daily Mail.

My distaste for Platell’s outlook notwithstanding, I don’t blame her. Shaved armpits are the current fashion for Western women. It’s just the way things are; and the vast majority of people are not inclined or equipped to question the status quo. Even a willful dissenter, like myself, has moments of pause. How much can I afford to ignore conventions when the proponents of them are in possession of something I want or need?

Though the devices in play in this infographic make me frown, it’s possible they’re perfectly apt for the subject of job-seeking. There are beauty standards – both figurative and literal – that every applicant must keep in mind in their hunt for employment. Men in corporate environments, for example, are still largely expected to be clean-shaven. As for me, I might be able to keep my pits as I please, but what about the hair on my head? I’ve observed how differently I’m treated when my ‘fro is in full effect, as opposed to when I’ve straightened it into submission. Wearing my hair in a style that more closely reflects the going standard has in the past earned me better customer service, friendlier smiles from strangers, more doors opened for me, and perhaps other privileges the nappier version of me doesn’t enjoy. It follows that it could improve my chances of landing the job I want. While tech & fashion jobs tend to have less conventional office environments, they’re still haunted by the archetypes of the American tradition. Accordingly, I think I’ll keep my flat iron hot.

Previous post
Countdown 2012: What to Pack for the End of the World
Next post
Girl with a Pearl Upstaged by Jacquard Fashion