Austere is the New Black Friday 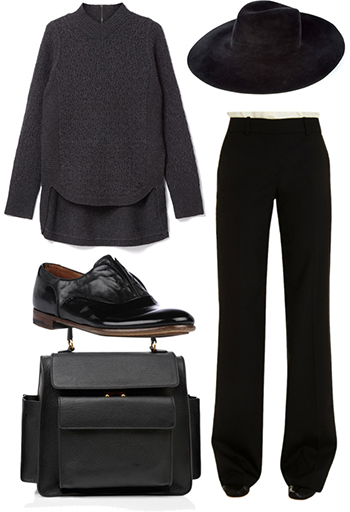 Today Cult members commemorate a new sort of “Black Friday” by wearing black and refusing to shop. While it can be hard to ignore the bombardment of consumerist pressure that occurs at this time of year, instead of giving in we use the flood of pricing information to gauge what items should actually cost. This knowledge further informs shopping choices year round, when thoughtful consumption takes place.

Like the virus that is fast food, the destructive shopping tradition has spread from the U.S. to the rest of the world. The BBC is reporting a “scene of chaos” today at a store in Ireland where television sets were discounted from £179 to £99. A mere 80 pounds (96 Euro, 131 US dollars) is enough to incite people to violence.

The worst scenes tend to be recorded of people fighting over electronics at places like Wal-Mart (as seen in the video above). The much-hated big box store was the scene of a trampling death on Black Friday 2008. Numerous other incidents have been recorded at the chain – many of which are chronicled on blackfridaydeathcount.com.

Anything that induces a mob response is something that any awake & aware consumer should think twice about desiring. Especially so when the event follows what’s purported to be a day of thanks. The gluttony of feeding on food produced with questionable ethics now spills over into that same over-indulgence on cheaply made consumer products.

If shopping can’t (or won’t) be avoided, one should at least refrain from making purchases simply because an item is on sale, rather than because it is genuinely needed. Instead, The Fashion Cult promotes an austere approach to shopping be celebrated on this day. In an effort to plant the seed of responsible consumption, one might do any or all of the following.

Previous post
Burning Woman: How Swapping Wardrobes Saves my Soul
Next post
Pricing Pilotto: Is the Target Collection Worth the Cost?