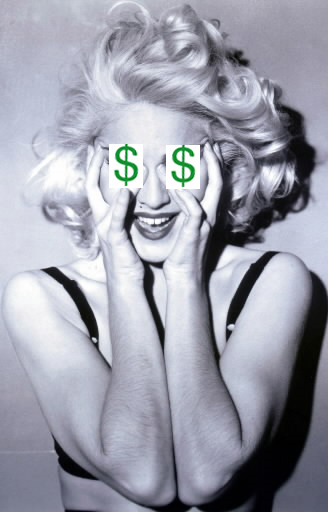 Madonna: Like a Cash Cow Touched for the Umpteenth Time

Women’s Wear Daily is reporting that Madonna is forging a deal to start hawking womenswear, lingerie, and accessories branded with the popstar’s notorious moniker(s). Frankly, the Cult finds this to be about two decades tardy, as ’91/’92ish may have been the peak of Madonna’s fashion relevance. Granted, there’s a definite 90s revival brewing – but now the move seems like a soulless business move to widen Madonna’s already vast fortune. Perhaps she’s raising funds to stage a coup in Malawi so she can snatch any child she chooses from the terrible fate of growing up amongst his own heritage…

The pop icon is in talks to launch a contemporary women’s collection with a group of licensees that would be sold exclusively at Macy’s, according to sources. The merchandise would include apparel, accessories, intimates and footwear. Label names under serious consideration for the product lines include Material Girl for the apparel and Truth or Dare for the lingerie and underwear.

Read the rest at WWD.com 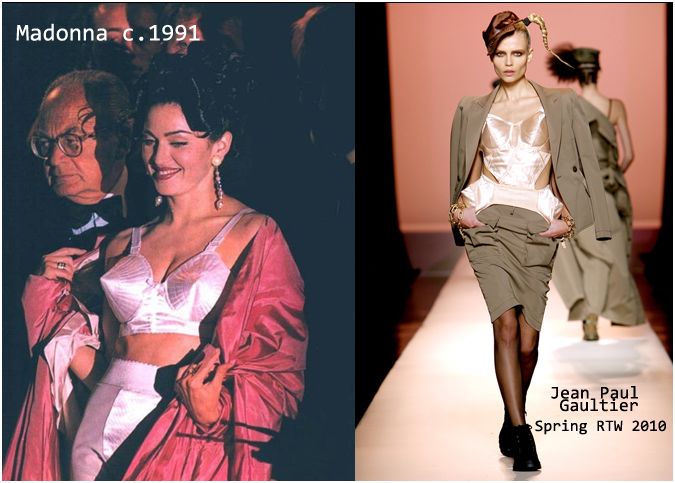 One Response to “A Madonna Fashion Line?”