New York City’s Metropolitan Museum of Art held it’s annual Costume Institute Gala this evening and, as usual, the event’s red carpet was a major draw. For a moment I thought there was some sort of dress code that I wasn’t aware of, because I kept spotting guest after guest in white dresses. Above, L to R: Kirsten Dunst, Taylor Swift, Emma Watson, Diane Kruger, Katy Perry. And those that weren’t white were gold or navy – as if there were an unspoken nautical theme! A shock of pink here and a bit of turquoise there put my suspicions to rest and made it clear that there was simply a very strong trend for white on the red carpet. Below: Designers Tommy Hilfiger & Karl Lagerfeld with guests 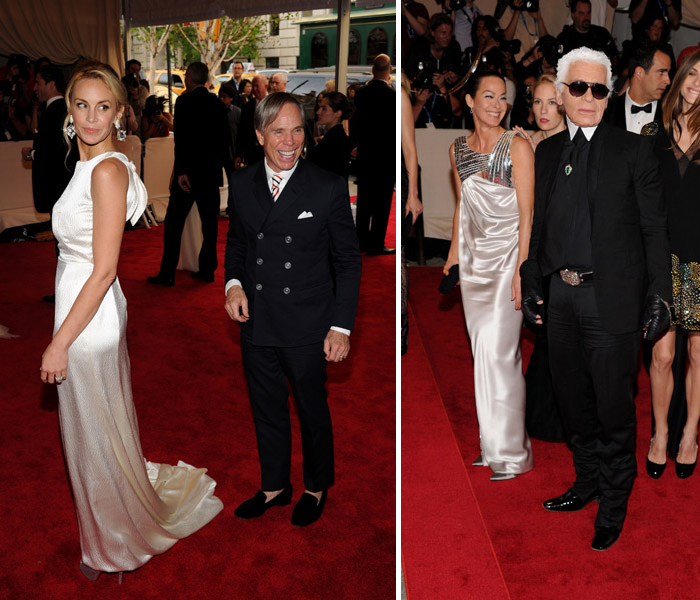 From a distance (my desk, that is) the trend seemed even more striking because there were also plenty of pale gold and cream dresses on the red carpet. Below, L to R: Sarah Jessica Parker, Jessica Biel, Tory Burch, Kate Hudson, Gwen Stefani, Whoopi Goldberg

While I do love a white dress on the red carpet, none of the pigment-challenged frocks made my best-dressed list this year. My preference: Anna Wintour is a silver (almost white!) Chanel couture gown, Rachel Weisz in a stunning pink origami dress, Zoe Saldana in Calvin Klein, and Anne Hathaway in Valentino. 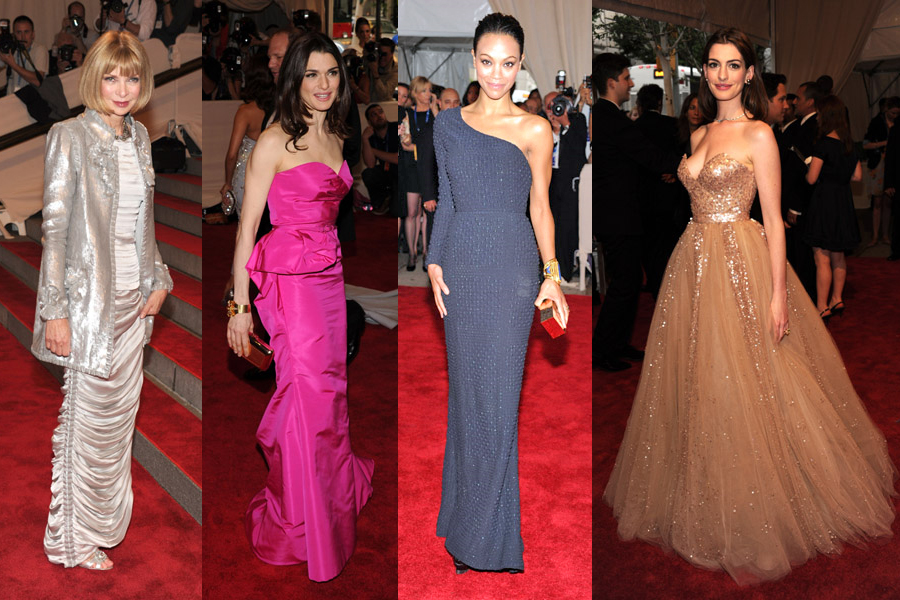 What’s the Costume Institute, you ask? From the Met’s Website:

One Response to “Whites Only at Met’s Costume Institute Gala”